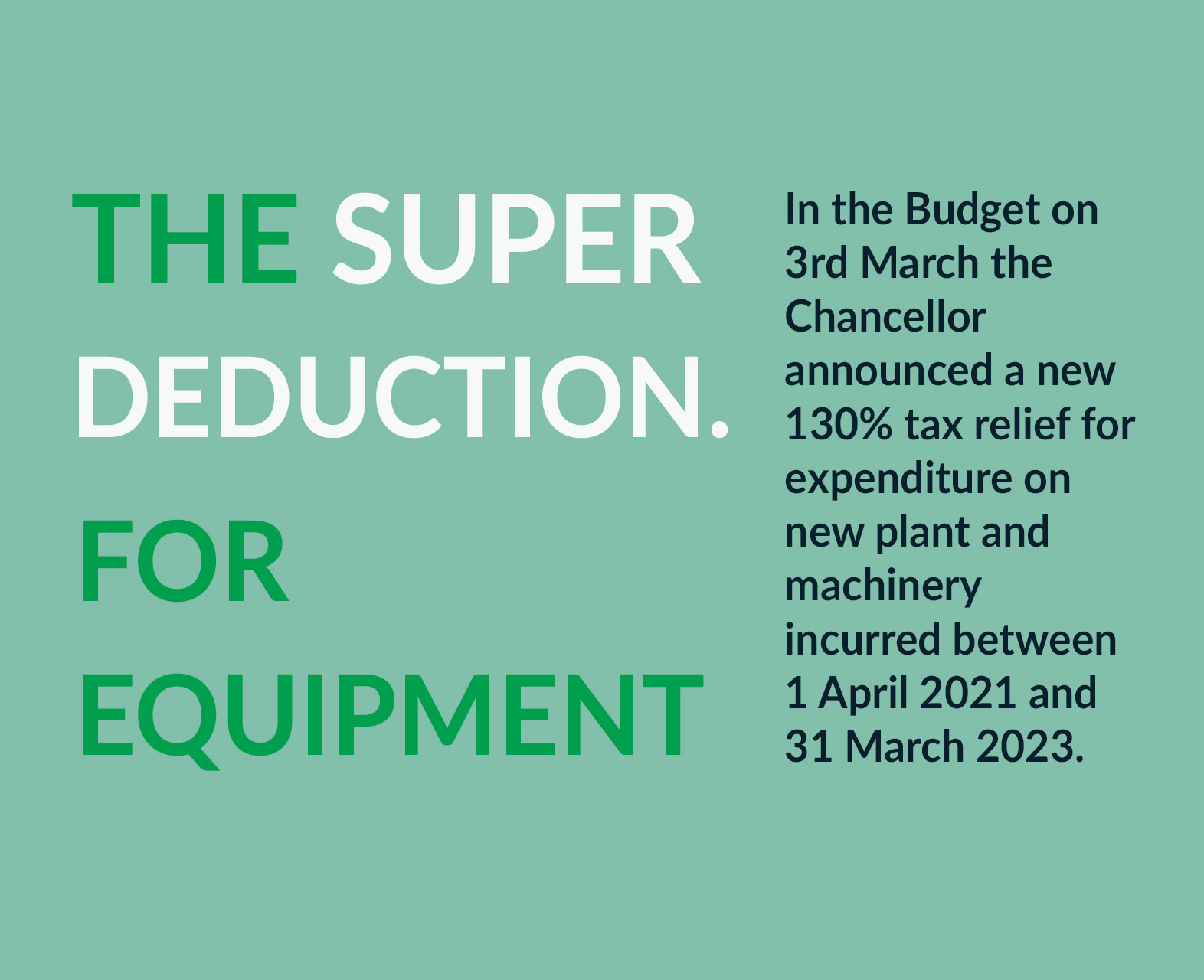 In the Budget on 3rd March the Chancellor announced a new 130% tax relief for expenditure on new plant and machinery incurred between 1 April 2021 and 31 March 2023.

It turns out that this new tax relief is only available to limited companies and the latest Finance Bill reveals a nasty sting in the tail when the equipment is sold, as the clawback on disposal is potentially at the same 130% rate.

The claw-back rate reduces on a time basis from 1 April 2023 onwards, so it would be advisable to retain the asset long term.

The 130% rate does not apply to equipment such as air conditioning and central heating that normally qualify for a 6% writing down allowance. Such “integral features” qualify for a special 50% first year allowance for the same two-year period.