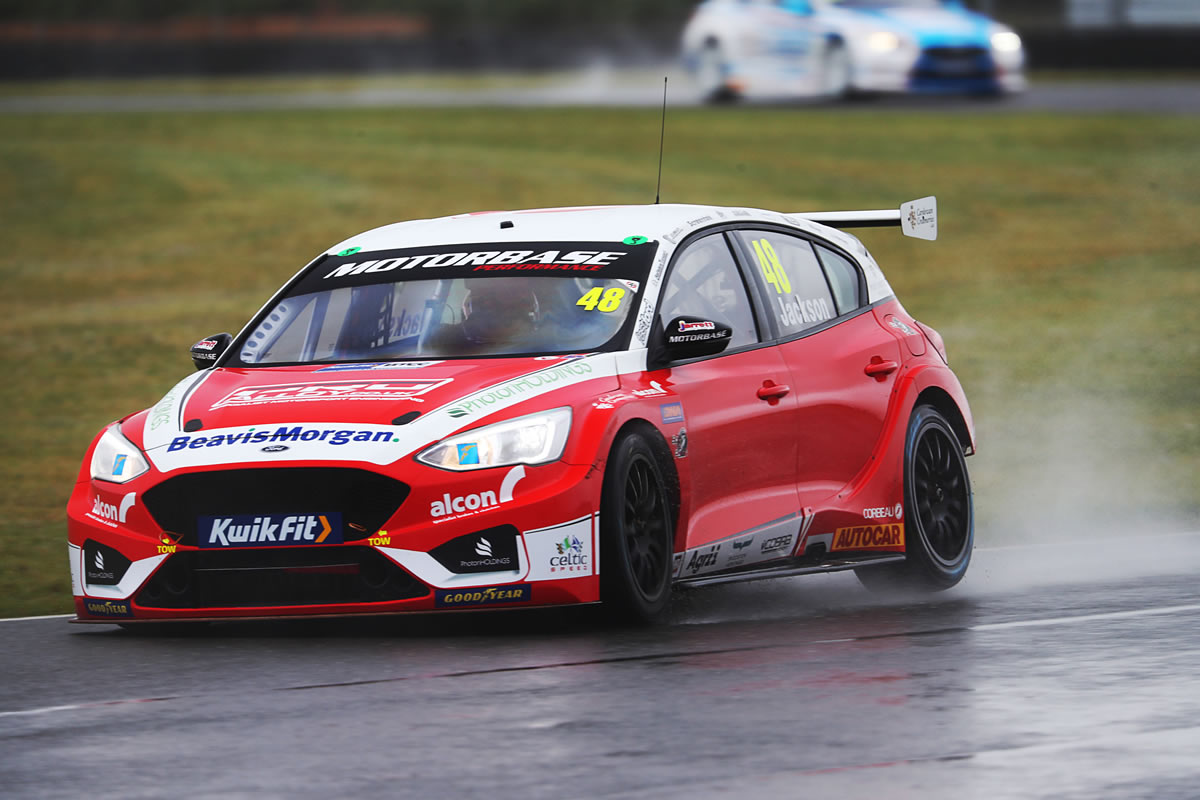 The Motorbase Performance Kwik Fit British Touring Car Championship team, including Beavis Morgan sponsored Ollie Jackson kicks off its 2020 campaign at Donington Park this weekend and will finally give a race debut to its freshly built fourth-generation Ford Focus machines.

The Kent squad developed the two-litre turbocharged car over the winter and has been working hard in the background while the engines have been quietened to make it as competitive as it can be.

The trio of cars will make their race debut in the hands of Rory Butcher, the reigning Independent Trophy holder, Ollie Jackson and Andy Neate in the three races in the East Midlands on Sunday.

The team has conducted nine days of testing in the new car ­– including topping the timesheets at the only official group test at Snetterton at the start of July – and the pace of the car has already turned heads among rivals Many tipping the front-wheel-drive car for glory.

Team principal David Bartrum says that the squad will be better prepared than ever heading into the hectic start of the campaign, which will challenge the teams with four race weekends in the opening five weeks.

David says: “We have worked hard on the new cars and the spares package we have put together, and our suppliers and contractors – as well as the team – have all stepped up to the plate.

“We have lots of spares and we are totally ready to go. I hope I am not jinxing things, but we have done nine test days with all three cars and we have not had to replace a body panel yet. I have impressed upon the drivers that I am very fond of the body panels that we have on the cars already – but you know what racing is like. It will be all-action when we get going.

“We have some tight turnarounds over this busy opening period, and it will be all hands to the pump. Having said that, racing drivers will be racing drivers: the first few rounds are going to be like releasing the new lambs into the field for the first time in spring. They will be gambolling around everywhere!”

As well as relishing the return to the pressure-cooker environment of the racetrack, Bartrum has also paid tribute to other competitors and organisers for managing to reschedule the season and get the battle back underway.

“You have to say a huge congratulations to the drivers and teams who have made it to the grid in these challenging times, because it has not been easy for anyone,” he adds. “Credit must also go to the series organisers TOCA and its chief executive Alan Gow, who have pulled a season together. We are all in this business of motorsport and without their efforts to get us back on the grid, none of us would have had a business.”

Rory Butcher’s head-turning pace in the pre-season testing sessions has pointed to a title charge for his maiden overall BTCC crown. The Scottish driver, who finished fourth in the points chase in 2019, is eager to get going.

“It is nice that people are talking about us and already putting us on their radars this season as a threat, because that is the position we want to be in,” says the 33-year-old. “We want to be a thorn in everyone’s side.

“All we can do, though, is concentrate on ourselves and build on what we have got. There are some areas where we still need to do some learning and that will happen as we get more mileage, but that is what this championship is always about.

“With a run of four race weekends over August, we are going to be flat-out. The opening weeks are about boxing clever, grabbing the points that you can and trying to have as much sympathy for the team and the mechanics as possible. They will be under a workload like they have never experienced before.”

Team-mate Ollie Jackson says that the suspended kick-off to the 2020 programme has given him and the team a chance to scrutinise the specifics of the new Ford Focus and that homework has put him on a strong footing for the 27-race contest.

“It has been frustrating sitting on the sidelines but I think it has been a benefit in some ways,” he explains. “We have had more time to work on the new car and perhaps have been able to do things that a normal start to the season wouldn’t have given us the flexibility to do in terms of time.

“The car feels very strong, and we have been able to drill down into the data we have had from testing. Engineer James Mundy and myself have worked hard away from the tracks to look at how we can get the most from the car and we think we have unlocked some secrets. I now just want to get out there and see if we were right.”

Andy Neate will be returning to the category in 2020 after a three-season sabbatical and he knows that Donington will present a real chance to get to grips with his new car.

Neate says: “The break was a result for us, because it gave Motorbase the chance to build up a brand new car for me and after the testing I have done so far, I can honestly say it is the best British Touring Car I have ever driven.

“We’ve tested in the wet and in the dry, and I feel really comfortable with the car and my pace. But the racing will be a whole new thing: when the lights go out at Donington Park on Sunday, it is going to be a step into the unknown for everyone. I am chomping at the bit to get going.”

The raceday from Donington Park this weekend will be broadcast in full on ITV4. The opening touring car race of the weekend starts on Sunday at 11.10hrs.

We wish all the best to Ollie and the Motorbase team for a good weekend and a successful season.