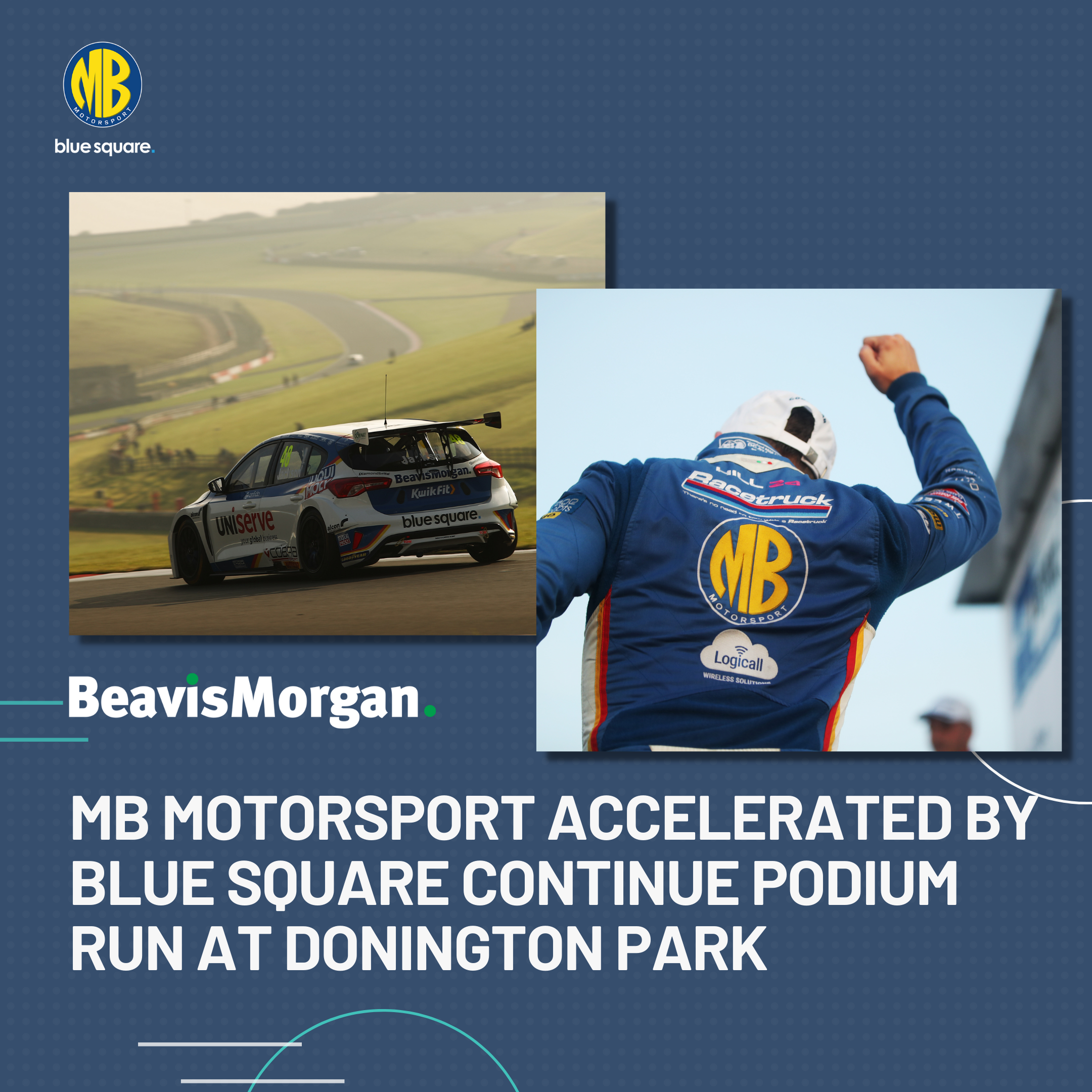 The Beavis Morgan sponsored team looked forward to a positive opening race of the day, as Jake Hill and Ollie Jackson aimed to progress through the field from P13 & P15 on the grid respectively.

Sensing an opportunity, Jake aimed to capitalise on the battle ahead to also make his way past the BMW

Unfortunately, Jake and Morgan made contact on the exit of Old Hairpin, with both cars heading toward the gravel trap

Following a safety car to recover the stricken BMW, Ollie was quick to attack as he broke into the top ten

Similarly fired up and keen to recover, Jake began to charge through the field as well

At the chequered flag, Ollie took an excellent P10 result to open his account for the day whilst Jake recovered well to P17

Looking to make further advances in race two, both drivers were fired up once again

By lap three, Jake had climbed three places to enter the points-paying positions in P14

As the race progressed, Ollie continued to hold strong in P7 whilst a flurry of fastest laps from Jake saw him fly through the order to P11

Defined by Donington’s notoriously close margins, the pack soon concertinaed together as both cars became embroiled in a six-car scrap

Caught on the wrong end of the battle, Ollie unfortunately dropped to P14

In the melee, Jake was able to sneak into the top ten to record a P9 finish

As a result of the reverse-grid draw, Jake lined up P3 on the grid for the final race of the day with Ollie looking ahead to another charge through the field from P14

As Turkington began to pull away in the lead, Jake hounded Dan Rowbottom for P2 and wasted little time in placing a move on the Honda

A nerve-wracking race unfolded but both cars held firm

Ending the weekend on a high, Jake claimed his ninth podium finish of the season with P2 with Ollie rounding out a trio of points finish with P11

“Things didn’t go entirely our way on race day but we kept the faith and pushed hard to recover what we could. Based on that, to end the day with a podium was brilliant and just what we needed to keep the title alive heading to Brands Hatch. Thanks to everyone for all their hard work in getting the car back in shape after race one and for the efforts in getting to the podium. All eyes are on the finale now and I can’t wait to get back to my home circuit and give it my all.”

“I’m quite happy with how our weekend panned out. Three points finishes from three races is really good and I had some great battles out there on track. The racing was incredibly close and although that didn’t work out for us in the second race, I always enjoy fighting through and today was no exception. I’m quite confident as we head to Brands Hatch for the final time, I’m sure it’ll be a fitting way to end the year.”

“Well done to all of the team for turning a difficult start into a very positive end. Ollie had a very good day with three battling drives to the points and a number of impressive overtakes. Jake had a less than ideal start to the day but kept his head up and recovered excellently to the podium. The Motorbase Performance squad deserve great credit for that given the work required to the car after race one. It’s hard to believe we’ve only got one round to go but I’m looking forward to Brands Hatch – it’s set to be a great decider and we all cannot wait.”