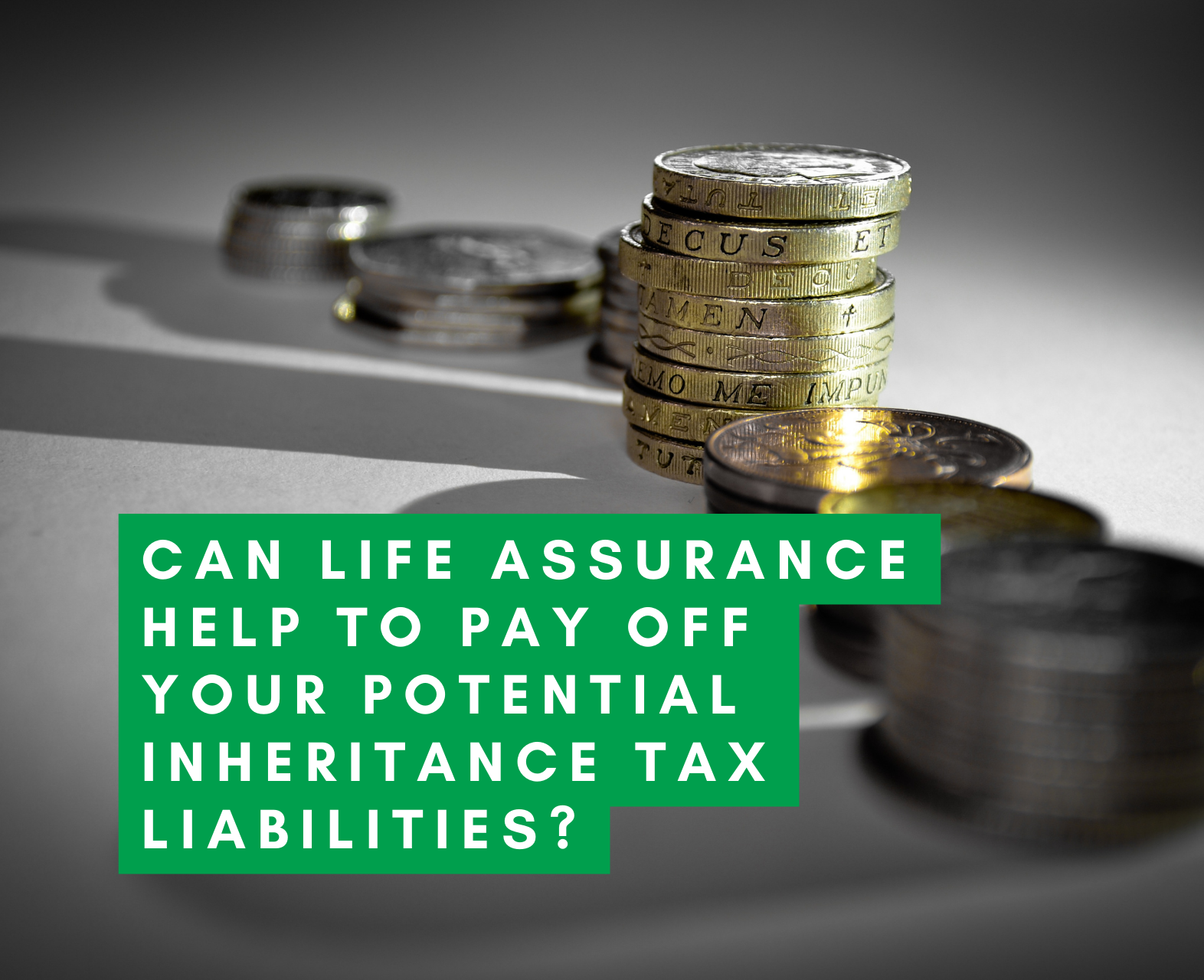 I think we can all agree that no one wants to leave their hard-earned wealth and assets to the taxman, and instead we hope to pass down as much of our estate as possible to our loved ones upon death. Therefore, it is important to consider all the various options that are available to us in tackling an anticipated Inheritance Tax (IHT) bill – such as gifting money away or investing – to work out which solution would be most beneficial to you and your individual circumstances.

Whilst many solutions look at reducing the bill, there are also ways in which you can ensure the bill is paid off in its entirety upon death. Not only does this ensure that your estate is passed on as a whole, but it can reduce the emotional burden and financial stress that IHT can often create in an already distressing time for your loved ones.

Whole of Life Assurance (WOL) is an option available for those in good health. Unlike Term Assurance that will expire after a set period, WOL policies provide cover for the remainder of an individual – or couple’s – life.

These policies can be set up with reviewable or guaranteed premiums. Reviewable premiums tend to increase exponentially with age so although they are more expensive initially, guaranteed premiums are generally the preferred option, and this article considers this option only.

Guaranteed premium policies do not have any investment element (surrender value) and will only pay a lump sum on death.

Typically, a WOL policy will be written in trust meaning that the sum assured when paid out is not part of the deceased’s estate and not subject to Inheritance Tax. The premiums paid will also not be subject to inheritance tax, provided they are shown to be funded from surplus income or part of the £3,000 annual gift allowance. If held under trust, the policy proceeds are not held up subject to probate being granted and so can give dependants access to funds quickly following death. Aside from the premiums being paid, a WOL policy does not reduce the value of an estate for Inheritance Tax but rather provides a cash sum to pay the tax due.

The most common question clients ask when considering WOL as an option is, ‘Is it value for money?’ In order to answer this, let us take Alice and Steve for example.

Both aged 55, this married couple are looking to reduce their financial burden left on their two children when they die and instead pass on more of their hard earned wealth and assets. Based on their current estate, they would be expected to leave an Inheritance Tax bill estimated of at least £1 million in total. The married couple initially considered investing as an option to raise more funds to cover their IHT bill. However, they had not yet considered WOL as an option and so wished to compare.

Where cover is provided for married couples or civil partners, it will usually be provided on a ‘Joint Life, Second Death’ basis. This means that the sum assured is paid when the second party dies, as this will typically be the point at which Inheritance Tax is due.

In order to compare the two options, I first determined how much the premiums to cover their £1m bill would cost, and then I was able to draw up some assumptions based on the premium being invested instead. To calculate these estimates, I have used the standard FCA assumptions regarding investment growth of 2%, 5% and 8% with the assumed charges of 1% per annum. This also does not include any tax deductions or inflation that may apply.

Taking the figures into account from the above table, either Alice or Steve – whoever lives the longest – would have to live until they were at least 86 years old at a minimum to achieve the same return, and that would be with an assumed gross return of 8%. Looking at a 5% gross return, they would then need to live until at least 97, or with 2% would be 129 years old.

Given that the average life expectancy of a man and woman aged 55 is 86 and 88 respectively, Alice and Steve may not ever achieve this goal of a £1m return through investment. However, many people will live longer than average and being part of a couple increases the chances of one party doing so. And so therein lies the decision to be made – would they rather know that they have guaranteed a lump sum to be paid at whatever age they were to pass away – provided that the premiums were maintained – or would they prefer to invest in the hopes that they both outlive those average life expectancies?

In the case of Alice and Steve, they decided to take the Whole of Life policy as they liked the fact that it is guaranteed and quick to pay out upon the second death. This worked out as a valuable, tax efficient solution in their case as they are comfortable that they will be able to keep up with the premiums and therefore not cause the policy to lapse without value. However, the key is to ensure that this is an affordable solution that can be kept up in all cases, and it may be that there are other solutions more appropriate for others in different circumstances.

To discuss your estate planning requirements please do not hesitate to contact your usual Beavis Morgan Client Partner who, together with our Integrity365 team, will provide all the support you need.