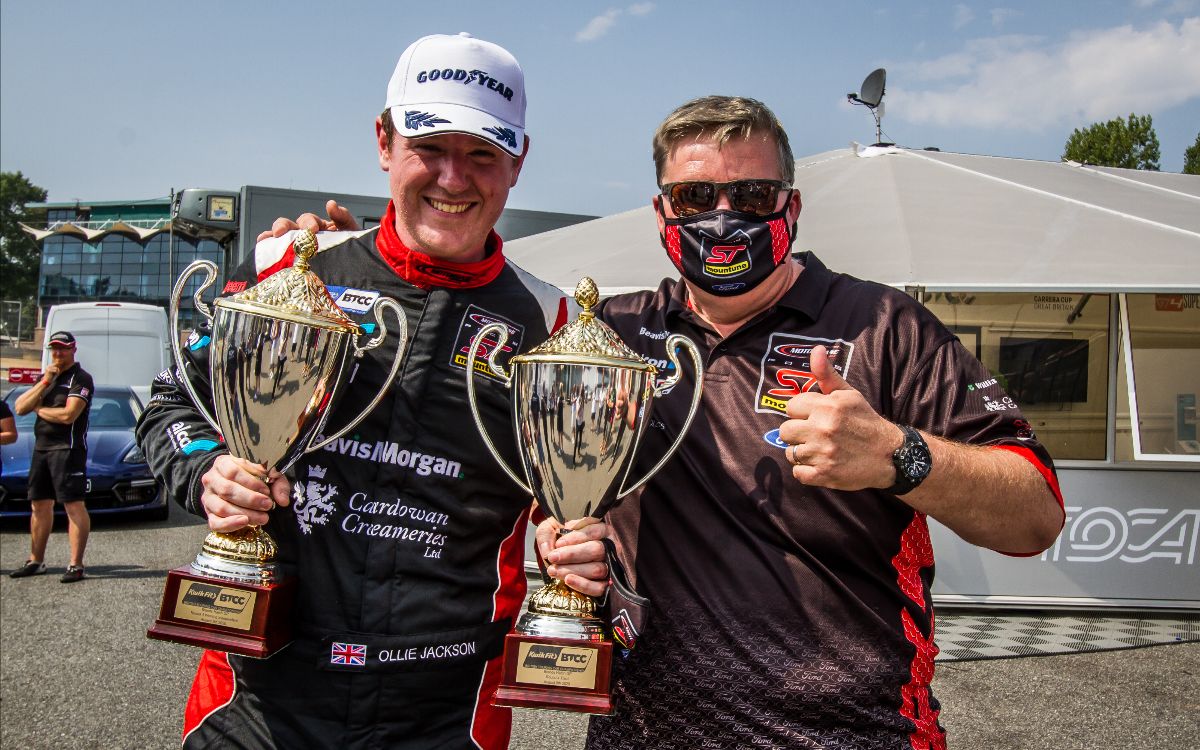 The Motorbase Performance Ford Focus team is ready to turn promise into hard result in the latest rounds of the Kwik Fit British Touring Car Championship at Oulton Park in Cheshire this weekend.

The Kent-based crew, sponsored by Beavis Morgan, is setting off for two back-to-back meetings which will see the trucks and many staff roll on directly to Knockhill in Fife the following weekend for the fourth contest in the chase for this year’s crown.

Motorbase has already demonstrated it has one of the fastest cars in the line-up this year, but driver Rory Butcher suffered heartbreak at the previous race at Brands Hatch. A comfortable lead was snatched away in the dying moments of the opening showdown with a tyre failure. He recovered for a fourth place in the second race of the weekend.

While team-mate Ollie Jackson scored a podium in the opener and backed that up with a strong fifth in race two.

Andy Neate continued his reacquaintance with the BTCC with three battling drives, including notching his first points of the campaign in race two. He was comfortably running inside the top 10 in race three before a small off.

Rory, who is sixth in the standings heading into the third meeting of the season, says that the Brands problem were a kick in the teeth, but he is very positive about the rest of the season going forward.

“I would be lying to say I wasn’t gutted about Brands,” he says. “But we can take some real optimism from the pace we have shown so far. You can do all the testing you like, but the race environment is where it counts and we have shown that we deserve our place at the front. We were on pole and easily able to run at the head of the pack.

“We are taking another step with the car in terms of set-up going to Oulton Park this weekend. Oulton is a really challenging track, and with the new avenues of set-up we are exploring, there is every chance the car will be even faster in Cheshire. The work hasn’t stopped and we are learning all the time. There is plenty to be upbeat about.”

Ollie laid down a marker with his career-best qualifying performance of third on the grid and was able to capitalise in the opener to turn that into his first rostrum finish of the campaign.

The 36-year-old says: “Despite the problems we had, it was a hugely strong weekend and I scored more points in one meeting that I have done in some entire seasons before.

“We were on the front foot from the get-go. I have worked hard with my engineer and we have gone our own way on set-up, which is really working. But there is still so much more to learn about the car – there is a journey ahead of us and I really can’t wait to get back in it.

“We can make adjustments to overcome the problems we have had, and I am positive about that. Also, we are going to Oulton Park and then on to Knockhill – two of my favourite circuits of the line-up. I am just eager to get going.”

Team principal David Bartrum acknowledged that work done back at Motorbase’s HQ has ironed out any problems and he was relishing the challenge that the next two back-to-back weekend will present.

“It was hugely disappointing at Brands Hatch because we want to get our first win and learn more about the car,” says Dave. “It wasn’t as simple as a camber change [to fix the problem]: it was the tyre loading problems. The engineers have been working flat out and we have been through the data since Brands Hatch.

“In simple terms, it is like a relationship that is fresh and young. We have been testing – the equivalent of dating in our world – then we got to Brands on a really hot day and the car turned around and said to us ‘I have been good to you and faultless out of the box and I have treated you well, but I think now you need to learn a little bit more about me.’

“We have done that learning, we have taken the car’s advice, and we have gone away as a group and learned and have got to the bottom of the problem.”

Dave was also full of praise for the three drivers, who all showed that they are ready to extract the maximum from the Ford Focus ST.

“Andy Neate is getting his BTCC mojo back and he is up there pushing into the top 10,” says Bartrum. “He takes a lot of stick, but he hasn’t been in a car for eight years but look at how he is going. He is progressing and racing well.

“Ollie is the quiet underdog and he is stepping up to a new level. He is in shape mentally and physically, and he is benefiting from a year in the Mototbase team already under his belt. That is important and it is the building block for where we are now with him – ready to challenge everywhere.

“Rory was a star at Brands Hatch but probably had the rougher end of the stick with a win taken away from him with the tyre failure. He is a very determined young man who can drive the wheels off a car and race two proved that when he went from 25th to fourth in the point. The results were frustrating, but we are ready to bounce back. We are going to two great venues now in Oulton Park and Knockhill and they will be perfect to get the winning momentum rolling for us.”

The three Kwik Fit British Touring Car Championship races at Oulton Park will be shown live on ITV4. The opening race in Cheshire starts at 1220hrs.

We wish the team a successful weekend.